A Truck Full of Memories 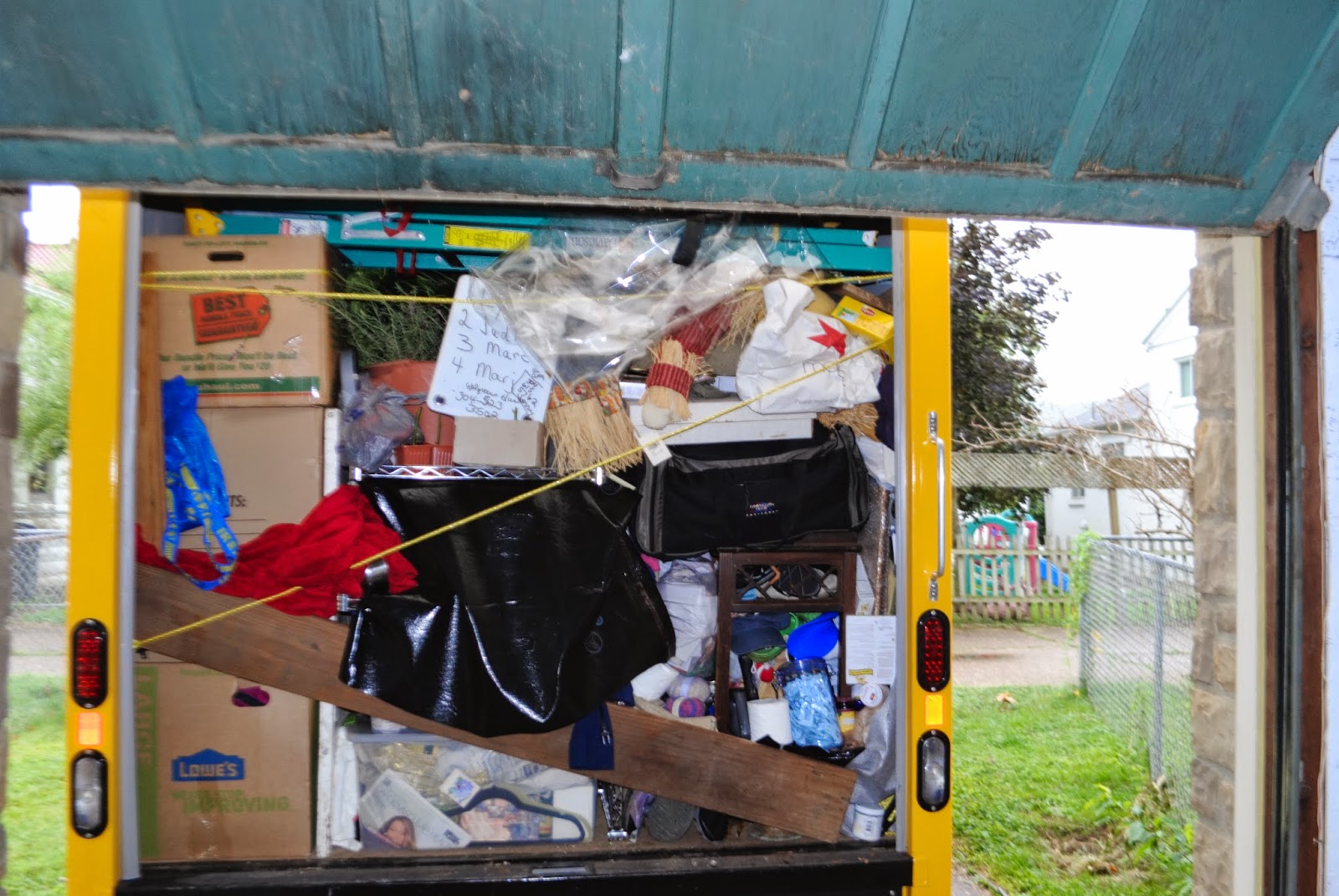 An old plow in pieces.
A box of rocks.
Miscellaneous boards.

My son Jamie and his girlfriend Tammy didn't bat an eye at the curious assortment of items crammed into the rental truck I drove across the country recently. The only remarks were from Tammy, who was counting chairs as she discovered them in the truck. Nine, nine chairs, including my Grandmother’s dining room chairs. The truck was loaded with things from my Mother’s house. I would have driven a bigger one but I was worried about driving a wider, longer truck across the country by myself. There was a reason for every item in that truck, even the big box of rocks. From the family that shipped, or carried, an antique cast iron (heavy) rabbit across the country three times, a box of rocks in a truck is nothing. As a matter of fact, several of those rocks traveled to West Virginia from North Carolina first.

Also in the truck: starts from garden plants, most I had sent her; more than 40 packing boxes and about 20 large plastic bins; tubs of photos, of course; a collection of old strainers and colanders; coal miner’s lamps; and a lifetime of memories.

For me, every item in the truck holds happy memories. There is the Grams Care Bear Jamie gave my Mother one year (the kids call her Gram), and a pillow I embroidered many years ago.  She kept all the silly little noisemaker creatures that we included in every Christmas stocking and birthday package, like the Taco Bell dogs. She would always bring some out for visiting children or dogs. There was the boxed set of Little House on the Prairie books, the ones I read to my family every evening when the kids were young. We read that entire set one year. There were three Bibles at her house; they were extremely important to her, even after she lost her sight. Each of her children got one. Mine was carefully wrapped and placed in a box with other “important” items. There were, of course, some conventional items as well, but all of them had a personal reason for being there. And, my glass collecting friends, there was an assortment of Blenko packed in the boxes, along with some of her Fiesta.

I can barely walk through my house right now. I’m waiting for my children to collect the items that have been set aside for them. I enjoy opening the boxes and thinking about happier time; I hope they will too.

Oh, the rocks. We had a running joke about my “list”. Every summer when I went to West Virginia Mom had to-do list ready for me. One year she wanted a pond, lined with rocks. So I bought a liner, dug a hole and made her a pond. I used some stone blocks that matched her sandstone house and the load of beautiful North Carolina rocks my Uncle hauled for her. She had a pond that she loved to listen to while sitting on the patio that was the result of an earlier list.